All Collections
Case studies
How Ovarian Cancer Canada used chatbots to build a new community online and help campaign for a $10million investment.

How Ovarian Cancer Canada used chatbots to build a new community online and help campaign for a $10million investment.

How a chatbot helped secure $10million for Ovarian Cancer Canada.
E
Written by Erin Barrett
Updated over a week ago

Working with Ovarian Cancer Canada, a cause close to our hearts, Maybe* made highly effective use of chatbots to grow an extremely engaged Facebook community in order to drive a request for funding. As a result of these combined efforts, the charity later received a $10million investment from the Canadian Government. This is their story.

In March 2019, the Canadian Government announced $10million for Ovarian Cancer Canada to invest in research for ovarian cancer.

Ovarian cancer is the most deadly female cancer, with 55% of women diagnosed not living past five years.

“Working with Ovarian Cancer Canada is so important to me. Not just for me as a survivor, but for my daughter, for the mums who weren’t as lucky as I have been, and for their children.

Maybe* has created a new communication and donation channel in the charity space. We’re ready to blow the doors off of fundraising and advocacy as you know it. This is just one small example. Get ready, and hold onto your hat.”

Beginning in January 2017, women living with ovarian cancer, their loved ones and advocates sent letters to federal elected representatives across Canada. These letters urged the government to invest millions in research of ovarian cancer to help save lives.

In the final push to the budget announcement, and to increase the number of letters sent, we worked with Ovarian Cancer Canada to increase awareness over Facebook and to grow a highly responsive Facebook community. We built a chatbot encouraging people to send pre-written letters to their elected representative asking for the $10million investment right from the chatbot, removing the need to visit another website, increasing engagement. 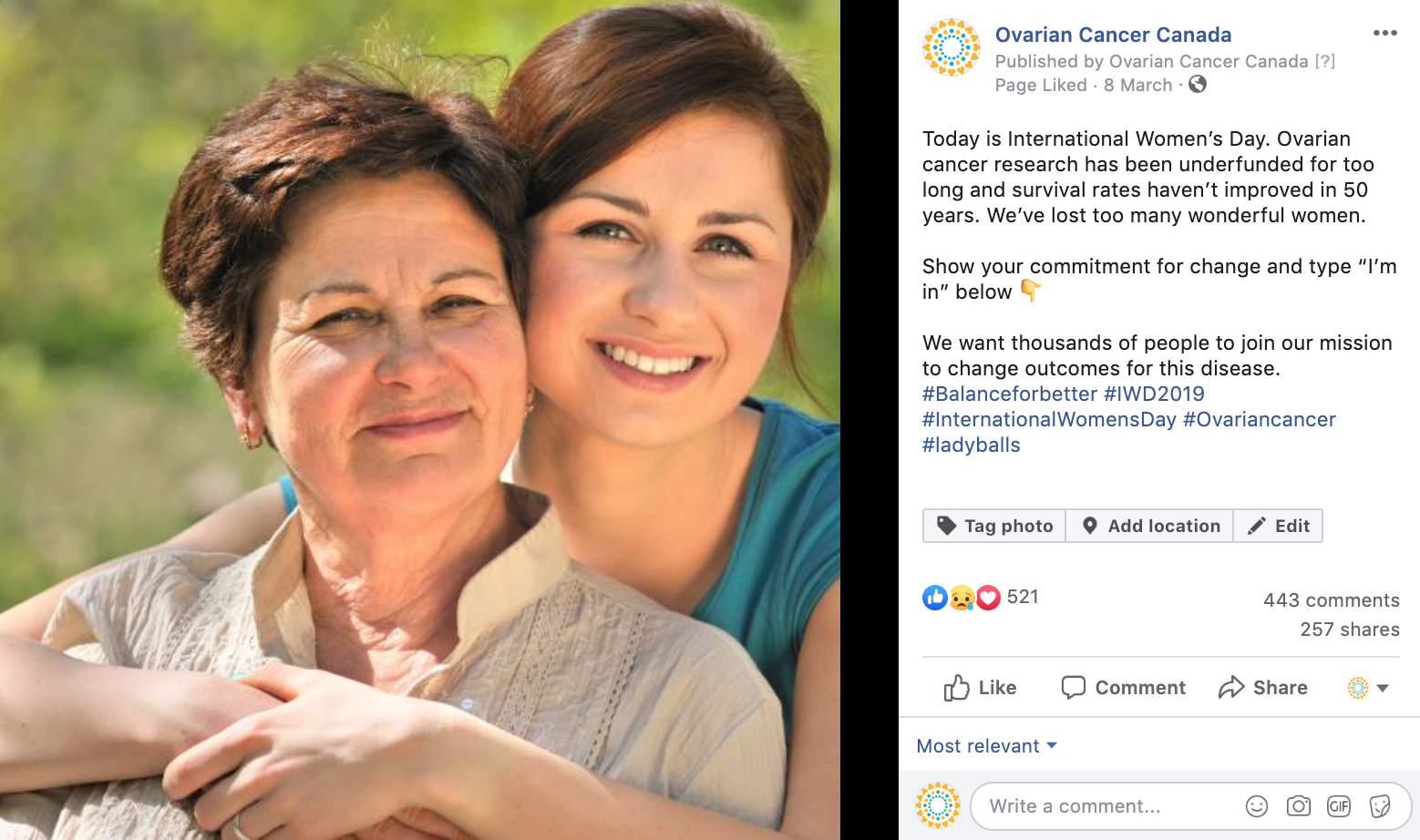 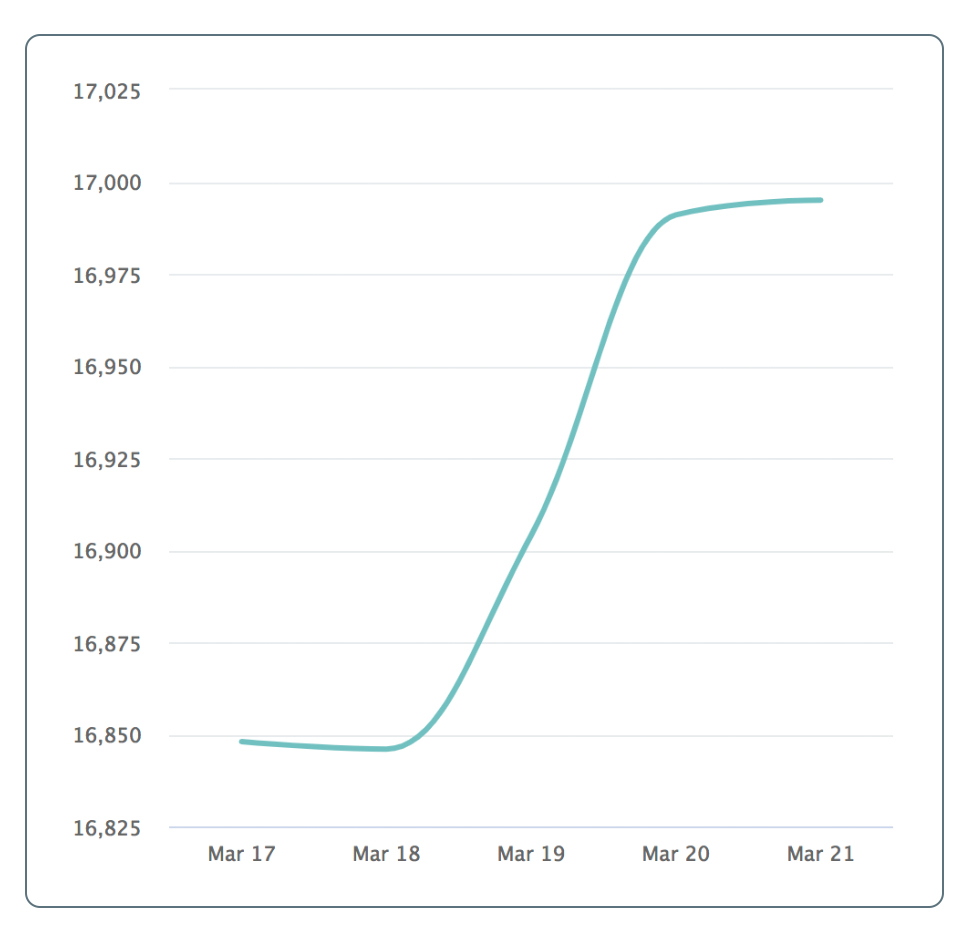 The Audience Growth Report in Maybe*.  Log in to see your audience summary

The day of the post and the surrounding days saw peaks in engagement and positive sentiment for Ovarian Cancer Canada.

The See What Works Report in Maybe*. What works for your audience?

The power of each letter sent can’t be underestimated. In the words of Ovarian Cancer Canada’s CEO, Elizabeth Baugh:

“...you didn’t just speak and advocate for you. You spoke for and in honour of women who couldn’t speak themselves because the disease claimed their lives far too soon. You spoke for, and sometimes alongside, all the people who are painfully impacted by ovarian cancer when a woman loses her life to this disease: Her partner, her children, her parents or other family members, her friends and neighbours, and her closest colleagues.  You spoke also for the girls and women who are at risk of diagnosis with this disease in future.”