Qoozies, a healthy cafe in Chesterfield, saw an incredible boost in their sales and in their Facebook engagement.
A
Written by Amy Rountree
Updated over a week ago

Here is an example of an effective Facebook campaign for one company, Qoozies, who worked with Maybe* to boost their sales.

Comparing Facebook posts and campaigns exactly one month apart, Qoozies, a healthy cafe in Chesterfield selling smoothies and light bites, saw an incredible boost in their sales and in their Facebook engagement; from 66 engagements (likes, comments, and shares) to 1,177 (an increase of 1,739%) in just a few days.

"Since working with Maybe* we’ve sold more milkshakes than ever before during the same time period. It’s exciting to see our social media efforts turn into footfall and sales."

How they did it

Using insights from the Maybe* platform, Qoozies’ post was able to be better targeted through Facebook advertising, appealing to local people’s interests to help drive footfall.

The content of the post was also influenced by the language people were using in their posts on social media to talk about Qoozies. Words like “mum” “food” and “treat” helped create and target a post that spoke to people’s interest in sharing food and treats together.

By asking people to comment on who they would share a Qoozies meal with, 671 detailed comments were gathered in 48 hours.

Qoozies'  What’s Being Said Report that helped to inform the content creative and targeting. What is your audience saying?

Qoozies have reported over 250 in-store sales and 560 people joined the Qoozies Messenger community (an 84%) conversion rate, and 266 of those people also shared their email address (a 48% conversion rate).

In the days after the campaign, Qoozies’ social media performance in Chesterfield rose 10 places, putting them in 4th place overall. 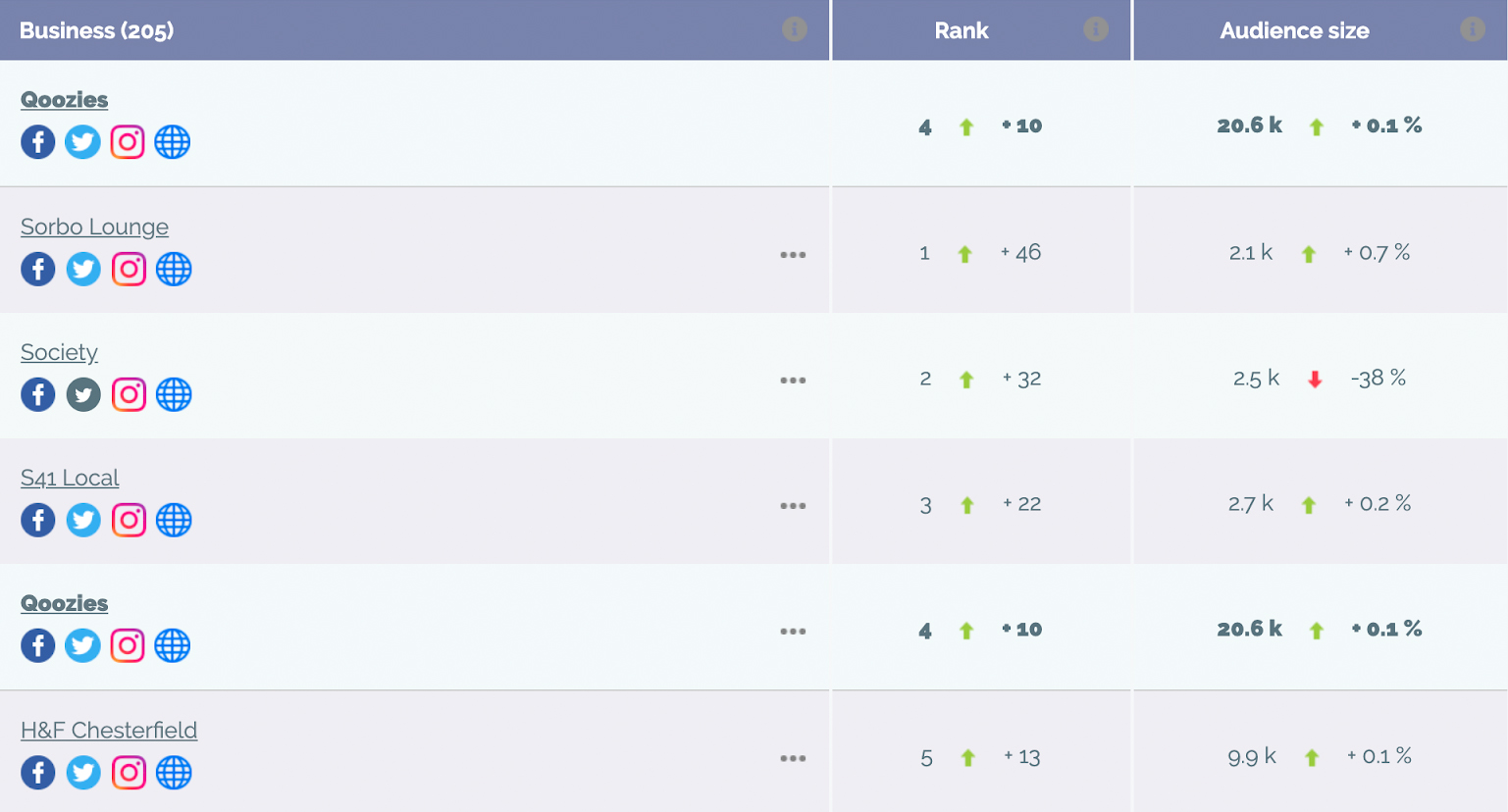 Qoozies’ position as shown in the days following the campaign.