Learn how Aldi engages its audience with entertaining tweets that earn 1000s of engagements, every day
A
Written by Amy Rountree
Updated this week

Aldi really leads the supermarket pack when it comes to social media. Recently they used social media to apply some friendly pressure on rival retailer Marks and Spencer to rethink bringing legal proceedings against them over an alleged copyright infringement. The approach saw the supermarket increase its daily social engagements from an average of 2,000 to 360,000 over the four day period the Twitter exchange played out. Courting public opinion helped Aldi triumph over the big guys and won them support not only from their Twitter audience, but from other brands and competitors. 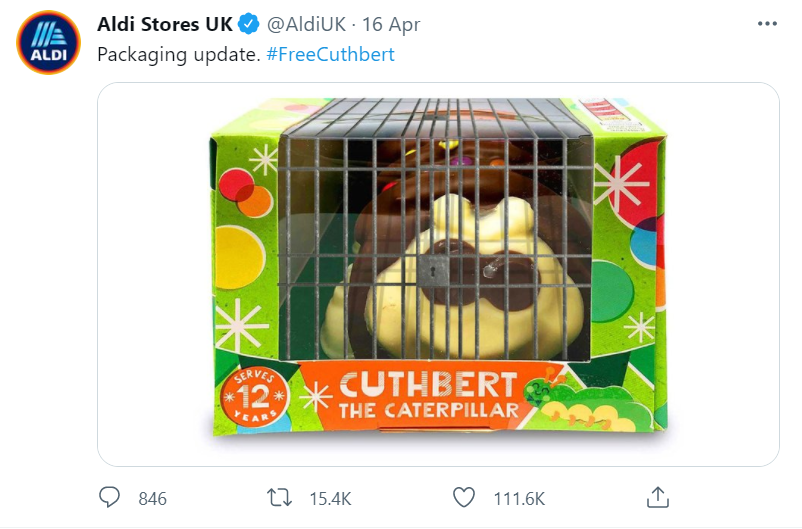 Aldi uses each of its social media channels for different things. But it's on Twitter where the social media team really excels. Bringing humour to the table alongside a rapid response customer service team, Aldi’s tweets offer both engagement and entertainment.

In April 2021, Marks and Spencer announced that it would be taking Aldi to court over the budget brand's take on its famous Colin the Caterpillar cake. Aldi launched their defence via social media with their #freecuthbert campaign, driving social media engagement up by 17,900% and even saw their competitors wanting a piece of the action. 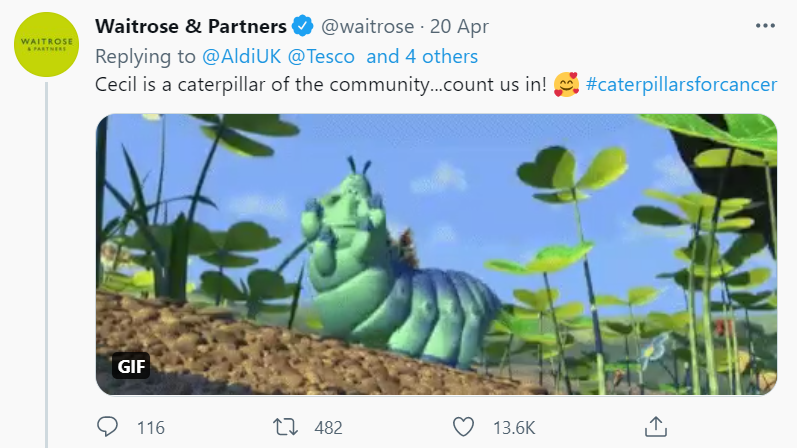 The playful approach worked not only to engage customers, but helped end the friction with M&S.

Aldi managed to handle a stuffy issue, one that would usually be resolved behind closed doors in an amicable way without losing any of the humour that they stand for.

“Aldi never fail to entertain and engage their audience. But this particular approach shows the power of empowering a social media team to have fun and invoke a people powered approach to take on the big guys with good humour”. Says Polly Barnfield, OBE. CEO Maybe*

Maybe* are here for you!

Got a question? Chat to us now with the blue speech bubble